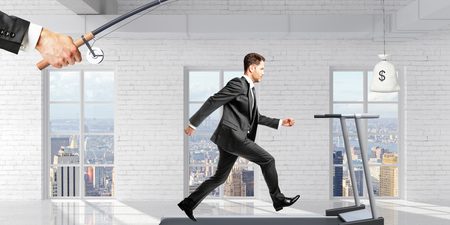 An aerial view of Miami

Most of Miami’s real estate sectors are at or near their peak, according to a national economist who spoke at CREW-Miami’s Economic Outlook luncheon held at the Four Seasons Hotel Miami on Tuesday.

Hugh Kelly, a clinical professor at New York University’s Schack Institute of Real Estate and a member of the Counselors of Real Estate, said that while most real estate sectors across the country are poised for expansion, there are local markets that have already seen explosive growth, such as Miami, and “it’s time to play defense.”

Current data suggests that there’s still room for the office market to grow in Miami, he said. But the data also claims that the hotel and apartment sectors in Miami are at their peak, Kelly said. Miami’s industrial and retail sectors, meanwhile, are coming close to the peak. 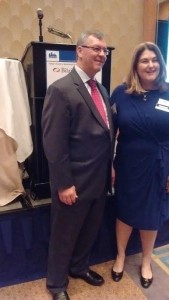 “It’s time to start thinking about how to preserve those gains and how to monetize those gains. Is it a sell strategy or a hold strategy? Is it a chance, if you are going to acquire, to make sure you buy based on existing cash flow rather than on future appreciation?” Kelly said. “Those are ways to think defensively about where you stand in the cycle and make the cycle run in your favor rather than react to the cycle as it turns.”

Most trends, on the other hand, appear to favor Miami in the long haul, Kelly added. For one thing, Miami is what Kelly calls a “24-hour city”— places that tend to be very beneficial for long-term real estate investors. The financial markets are also going through a period of volatility, which will likely increase the flow of cash toward real estate as a “safe haven.”

“In a lot of ways that is why gateway cities do so well in terms of foreign capital,” Kelly said.

However, rising interest rates, capital rates, and increases in regulations have contributed to the overall deceleration of international capital flows, Kelly added. This will cause some “marginal deals” to fall apart nationally, he said. Incidentally, Kelly doesn’t blame the rise of capital rates on the Federal Reserve finally increasing interest rates. “It’s because the pool of capital is very deep but not limitless,” Kelly said.

Overall, a knowledgeable investor who “stays awake” and knows when to play offensively or defensively will do fine in the national real estate market, Kelly said. He also doesn’t foresee a major correction in most hot real estate markets, except for places that are really saturated and overpriced like Manhattan.

“If you are building 5,000 apartment units that need to have buyers at $10 million and up, even in New York the market is a little thinner,” Kelly said.

But is Miami overbuilt and overpriced? And will it be hit by the devaluation of foreign currency against the U.S. dollar? After all, it was foreign currency that helped fuel Miami’s rebound that followed the great recession. When asked that question by Britt Rosen of Appraisal Services, Inc., Kelly, whose speech mainly focused on national trends, admitted he wasn’t sure. “You don’t come into a city pretending to know more than the people who live there,” Kelly said. He then quoted from his old high school history teacher, a marine captain: “Remember what an expert is: a loud mouth far from home.”

Rosen believes that Miami is heading for a price correction. With foreign currencies continuing to drop, it’s only a matter of time before some South American investors sell their units for below market price, he reasoned. Plus, there’s a lot of new residential units being built. “I think we’re going into an oversupply market residentially,” he said.

But Cristina Arana Lumpkin, an attorney with Bilzin Sumberg and president of CREW-Miami, is more optimistic.

“There are two ways of looking at it. You could look at the devaluation of Latin American currencies as being negative, but you can also look at people living in those countries where their currency is being devalued and they still need a safe haven,” Lumpkin said.

“And Miami has operated as a safe haven for Latin America for a long time now and will probably continue to do so in the near future,” she said. “In difficult times… safe havens are more about the preservation of capital than the return of capital.”

Contact us
Please complete the form below. We'll do everything we can to respond to you as quickly as possible.
Top News
Go to Top